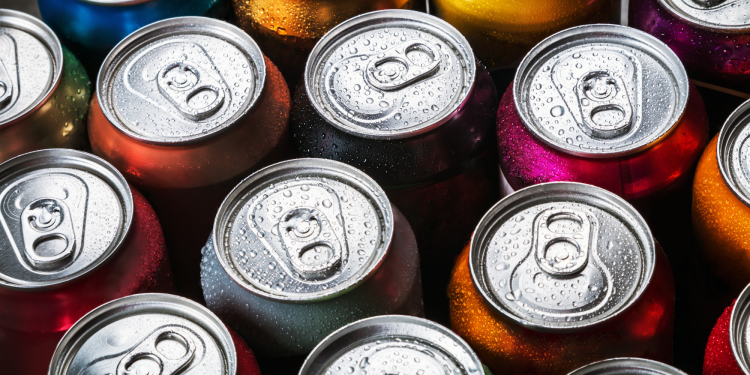 Summer’s come and gone but that won’t stop you from enjoying a cool, frosty can of soda every now and then. We are used to associating sodas with soda cans, and the majority would agree that soda tastes better from a metal can rather than a plastic bottle.

But, what happens to the metal can after we’ve finished the soda? Sure, we go ahead and crush it, kick the can around, and eventually throw the can away. However, the soda can’s journey doesn’t stop there. Aluminium is a recyclable material and can be remade into new cans over and over again.

Aluminium cans mostly refer to soda cans, but can hold virtually any liquid including juice, tea, coffee, milk, and soup. In Asia, where soft drinks are not as popular beverage options, aluminium cans are used to hold drinks like grass jelly drinks and fruit nectar drinks. Tea is conveniently packaged in aluminium cans, as the packaging is easily warmed up over a stove.

Aluminium cans continue to be widely used for different types of fizzy drinks like sodas and beer, as the metal frame allows the storage of the highly acidic beverages without compromising the freshness or flavour of the liquid.

Soft drinks in soda cans are iconic summer treats, staple in barbeques, baseball games, and even bar hopping. The light, fizzy drinks coupled with the cool touch of the metal can complement the summer heat perfectly.

Aluminium cans have been used for soft drinks since the 1930’s, where the soft drink industry made the switch from plastic and glass bottles, to metal cans due to the soft drinks’ high acidity and pressurized fizz. Around 70% of all soda cans are made from aluminium, and most recycling facilities accept aluminium cans.

Plastic bottles have been infamously name checked in its contribution to greenhouse gases, pollution, and overall negative environmental impacts. Compared to plastic, the process to produce aluminium cans creates just a fraction of the carbon footprint plastic produces, and the number reduces to 5% if the aluminium is made from recycled materials.

Plastic bottles never biodegrade. Researchers originally thought that plastic biodegrades in 1,000 years, but that has since been proven a myth as plastic actually just breaks down into microplastics over time. Aluminium, however, biodegrades in 500 years, and is completely recyclable, even when reused over and over again.

How Recyclable Are Aluminium Cans?

Aluminium is one of the world’s top most recycled materials, next to glass. The material is hailed for its stability in structure during the recycling process, making every generation of recycled aluminium just as pure as the generation before it.

While some plastics may be recycled, a general rule in recycling plastic limits its reusability to only around three to five times. This means that after going through a maximum of five recycling processes, the plastic material can no longer be used nor recycled as the material starts breaking down and leaching harmful chemicals.

As for aluminium, the metal material can be recycled indefinitely without compromising the purity or structural integrity of the material. In fact, around 75% of all aluminium bottles and cans ever produced are still in use today because of rigorous recycling efforts.

How Aluminium is Recycled

Recycling aluminium cans is a straightforward process wherein a recycling facility would sort out the cans, clean them, and crush them in a machine to prepare them for melting. Most cans would have their labels chemically removed, or sanded off to avoid any impurities in the final product.

The aluminium bits would then be melted in a furnace that reaches 660oC and then poured into a solid mould, ready to be used as raw material for bottles, cans, tin foil, and other aluminium materials. The entire recycling process is much more accessible and cost-effective than mining new aluminium.

After consuming the contents of a metal or aluminium can, rinse out the can of any leftover food or drink until the can is completely clean. Cleaning the can will remove any organic matter that may rot in your recycling bin and cause off-putting smells. Flatten the can, then place into a designated recycling bin for collection.

Drop off your collected cans or have them picked up by a reputable recycling facility that knows how to recycle the material properly. Take note of some facilities that require some extra steps in proper can preparation, such as removing any tags or stickers left on the can. Remember to include the pop-tab in your recycling too!